This is unbelievable – a German auto collector and restoration expert has set up a bizarre sort of park, where he’s left 50 vintage automobiles at the mercy of the elements. Messy Nessy has the whole weird story…

Michael Fröhlich is the kind of guy who can track down a Mercedes limousine that once ferried around Adolf Hitler. A former fashion designer, racer, philosopher and artist among other things, these days, Michael is best-known as a unique classic car dealer and expert restorer.

Yet he drives around his hometown of Düsseldorf in a charred Rolls Royce that was all but incinerated when his dealership burnt down in 2005. He has written several reference books and travelled the world searching for rare automobiles and tracking down lost collections. 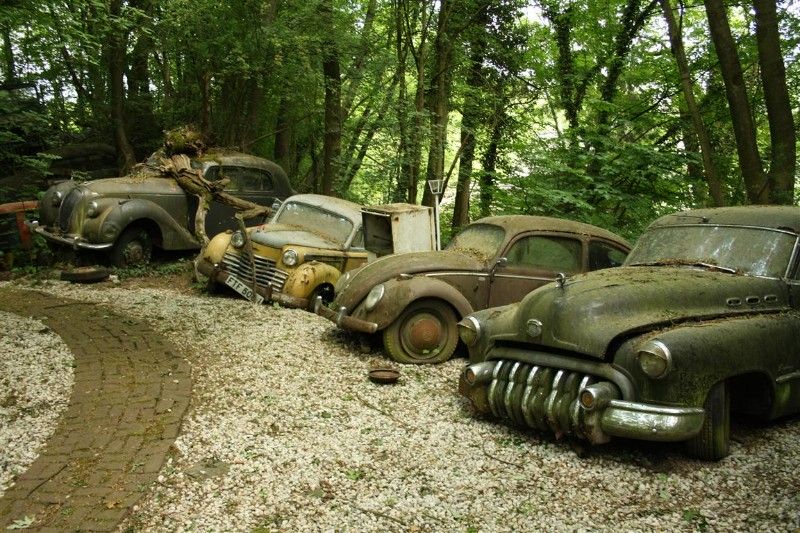 We are more or less in his backyard, or what he likes to call his Auto Skulpturen Park, a museum/ sculpture park of sorts in the Neander Valley near Mettmann, Germany. Surrounded by a security fence in the wooded hillside next to Fröhlich’s house, fifty classic cars were parked here when the car enthusiast turned 50 in the year 2000.

Each and every car is from the year he was born, 1950, and was personally tracked down and purchased by Michael himself. “They’re like my brothers,” Fröhlich told Spiegel in 2009. Many were still roadworthy when they were parked on his property, never to be driven again. 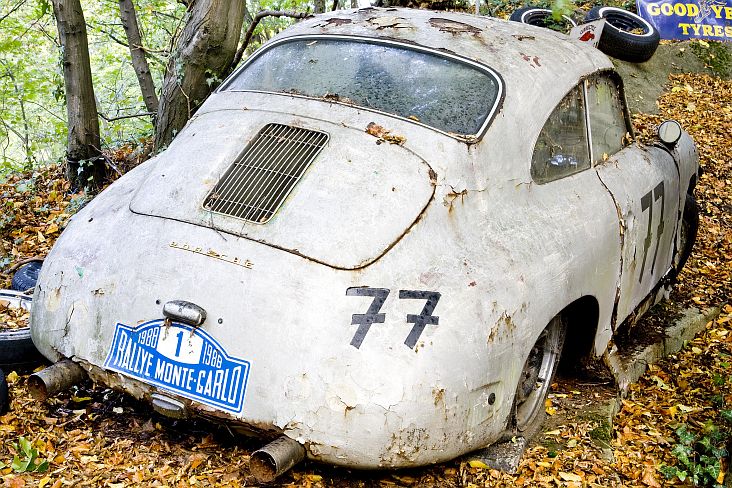 A surreal showcase of dream cars nestled in the forest, unpolished, exposed to the elements, some even crashed into trees and others half buried in mud– this was his extravagant 50th birthday present to himself, a grand artistic display of rotting automobile history.

“Nature is stronger than technology, and that I will show here,” said Michael, who has no doubt succeeded in displaying the power of nature that triumphs over even some of the most revered examples of man-made machinery.

Now, I respect this guy’s right to do whatever he wants with his own property. But as a car lover who will probably never get the chance to sit in some of these cars let alone own one, I gotta say this ‘park’ is enough to make a grown man cry.