From the Ground Up: The ‘Kellycaster’

As the year winds down, I’m not feeling the urge to post about anything too heavy, so here’s another guitar from the collection. This one, I made myself.

I’ve built a bunch of guitars of the past 10 or so years, and this is one of my favorites. It’s your basic Telecaster style, built from parts I bought online or had lying around. 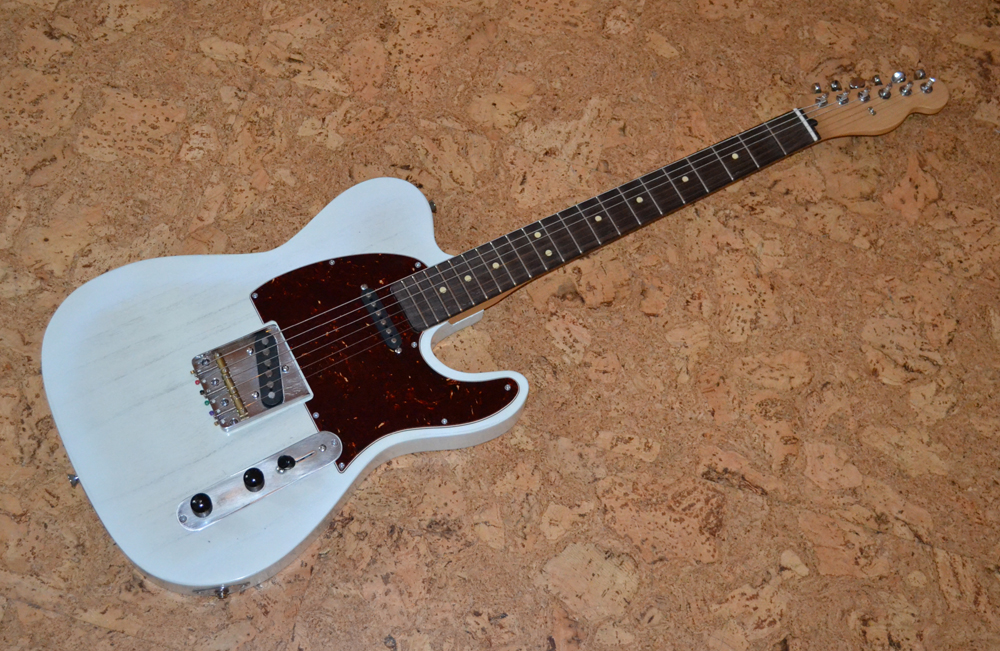 I found the body on Reverb.com for under 50 bucks. It’s made from pine, which is an extremely light and resonant wood. The rosewood neck is from Mighty Mite, tuning gears, Wilkinson bridge and bridge pickup from Guitar Fetish. I thought I had a Tele neck pickup on hand, but when I wired it up it didn’t work. I was in a hurry to get the guitar built, so I found a Stratocaster pickup in the parts box and used that instead. The result is a different sound than a stock Tele pickup – more airy and open than usual. 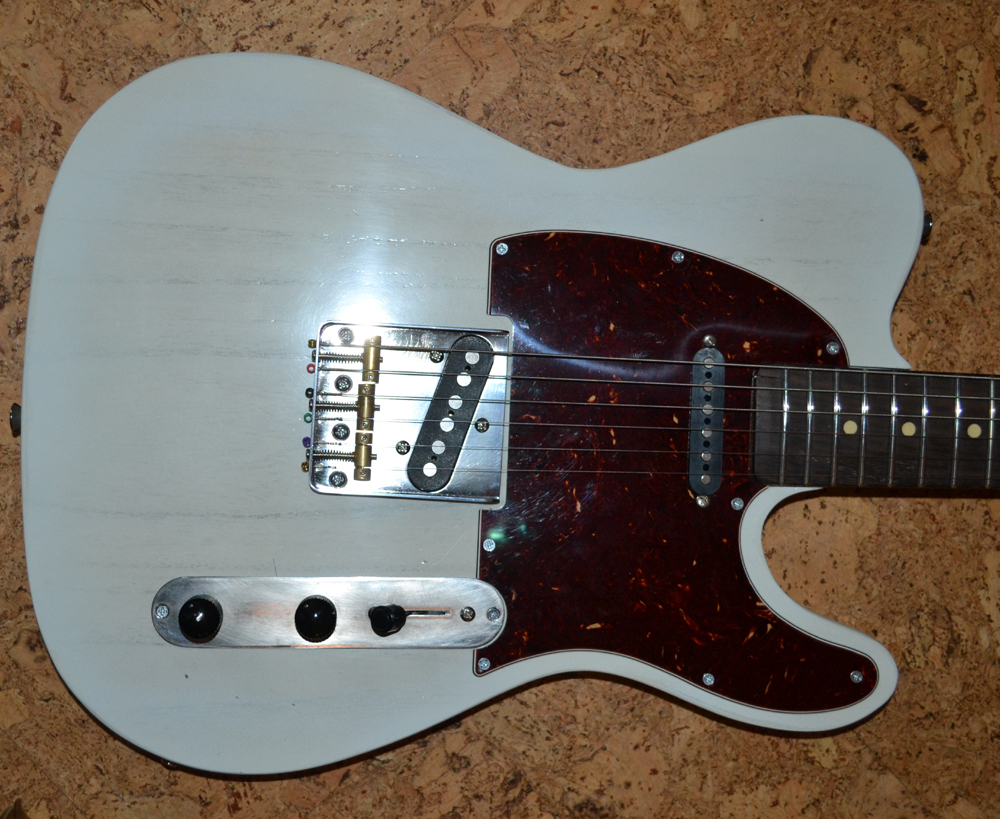 The other distinguishing factor on this guitar is that it’s the first time I’d finished a guitar with nitrocellulose lacquer (AKA ‘nitro’). Nitro is trickier than acrylic lacquer, in that it dries in about 10 minutes, but it doesn’t fully dry for about a month. The lacquer needs to ‘gas out’ in order to fully dry, which brought the build to a screeching halt. But it turned out pretty nicely, after waiting a month.

I applied the finish very thin in order for it to naturally ‘relic’ – the thin finish is already wearing, and the dings that the guitar picks up in regular use make it look older than its real age. I also used a relicing trick – I sprayed the outer edge of the body with ‘canned air,’ which reacts with the nitro and causes ‘crazing’ – small cracks in the finish that are the result of sudden and drastic temperature.

In the course of finishing the guitar, I sprayed the outer edge of the body more heavily than the face and back, which resulted in sort of a reverse burst – semi-transparent on the top and back and full white around the edge. I later learned that this was how the older Fender guitars were finished, because Leo Fender thought the edge grain of the body was ugly.

And although it’s not shown in these photos, the finishing touch on this guitar is the headstock decal. I bought printable decal film and worked up a logo (which now goes on all of my builds). I thought about a model name for the guitar, and I decided to make a pun on Fender’s name using my wife’s name – hence, ‘Kellycaster.’