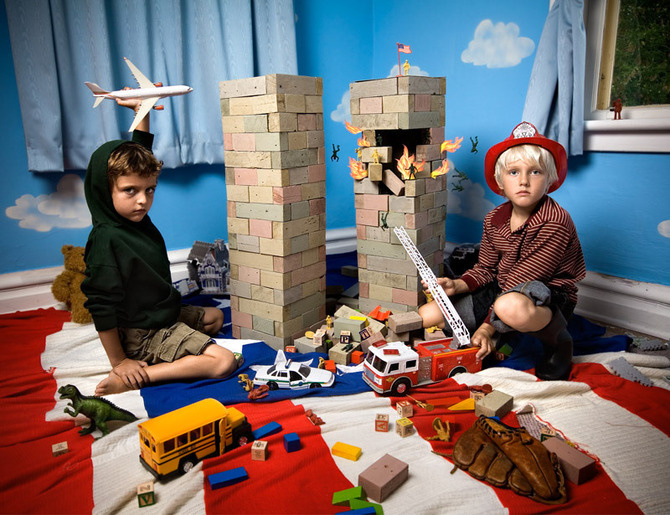 This is a pretty audacious concept – a Canadian photographer stages re-enactments of some of the most brutal news stories in recent memories, using kids as actors. He’s got a pretty spot-on take on American media as well.

Q: It seems to me that the photos are viewed through an American news media lens. You’re Canadian—the closest any of the images come to a Canadian story is the seal clubbing. Did you choose to focus mostly on American media content?

A: It’s interesting that you say “American lens,” but I think you could also say that it’s a Canadian commentary on the American media being forcefed to us. American media in particular is creating sensationalized imagery in news stories. The way that they give us the news almost plays out like a movie trailer, as if the news story is fiction.

That’s probably the most understated yet scathing critique of American news media that I’ve ever read.